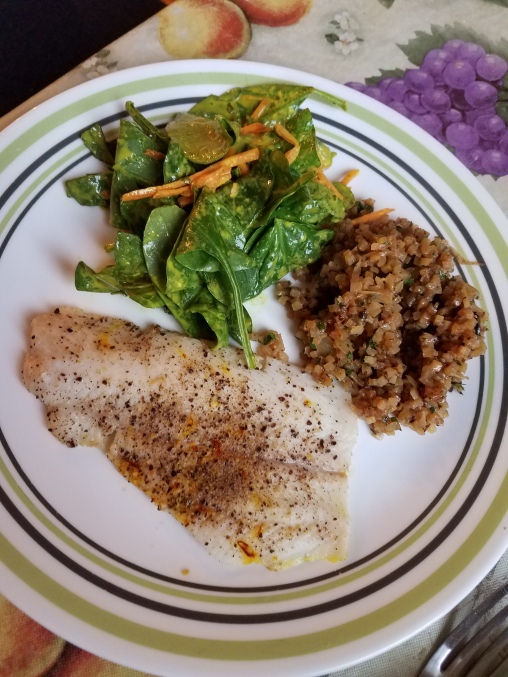 I never look forward to the fish dinners as I really don’t like fish.  But I’m willing to try it and hope I find one I like.  I was definitely looking forward to trying the turnip rice.  We’ve had cauliflower rice before but turnip rice was new.  Thankfully the turnip rice came already cut up.  It was very easy to make with oil and seasonings.  Later added in some coconut milk and simmer.  This was probably the easiest dinner we’ve made.  Throw the spinach in a bowl with nuts and cranberries.  Sprinkle on some seasoning to the fish and back.  The seasoning was sumac.  The dressing was for the salad and fish. My husband was not a fan of it at all.  I kinda liked it.  The dressing yes the fish not so much.  At first I was like this isn’t bad, then I took a bigger bite and boy oh boy was it fishy.  The rice and salad grew on me.  If it had a different seasonings we would have been all of it.  Later on, we were eating McDonalds.